Montenegro, land of the ‘Black Mountain’, might seem more of a mystery than a family activity holiday destination. Smaller than Wales and tucked away to the north of Greece, it is a little-known country packed full of rolling mountains and immense canyons, held in by a sparkling shoreline on the Adriatic Sea.

Our activity holiday is based in Kotor, a town hidden away from the main coast in its very own bay. Built up from the 9th Century onwards, it has an air of Venice, with its stone squares and lanes, dotted with friendly shops and restaurants.

Not that this town is a touristic beehive – far from it! It is a tranquil and sheltered destination with a fjord that goes golden in the summer and is a special spot for water sports. In fact, the whole Kotor region is recognised by UNESCO as a World Heritage Site.

As Montenegro’s landscape contains four national parks, we felt it would simply be wrong not to take you to at least one! Moving inland, you’ll get to look around Lovcen, one of the country’s most beautiful areas. You’ll also spend part of your holiday in the small mountain town of Zabljak, situated on the edge of Durmitor National Park, where you can adventure in the Tara River Canyon, deepest in all Europe, and travel up some of Montenegro’s highest peaks.

Book our activity holiday in Montenegro and you’ll soon uncover the secrets of this hidden gem of a destination as a family.

Let us help you

Our trips to Montenegro

View all holidays to Montenegro 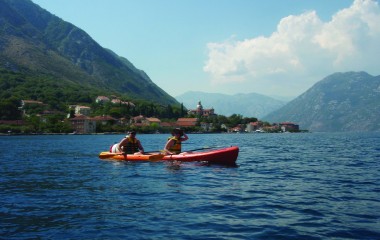 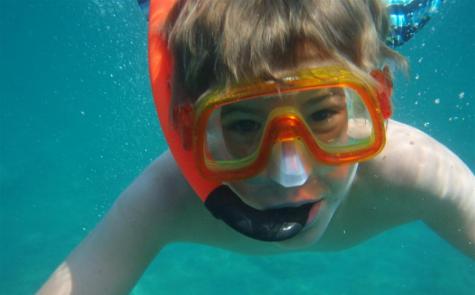 Given that Kotor Bay is so secluded, taking part in water sports is a joy as it is like having your own personal bay! Kayak on the crystal waters with a guide to explain all there is to know about the town and the stories behind it. Of course, you can also pass a lazy day on Kotor’s calm beaches, relaxing in the summer sun!

Heading into the national parks, you can be sure great excitement in the outdoors.Tackle an energy-pumping high ropes course in Lovcen, zip-wiring and scrambling up rope ladders.

In Durmitor, you can white water raft through the spectacular Tara Canyon and go orienteering around two splendid bodies of water: Black Lake and Snake Lake. There will also be the opportunity to take a cable car to the 2313 metre high summit of Savin Kuk Mountain, from which you can take in the whole region.

Rocketing through Tara Canyon is unforgettable – stunning scenery and rushing water are the order of the day and who better to experience it with than your family? It’s just one example of the joint adventure available on this trip. Riding up Savin Kuk is similarly magnificent – thrilling not through the physical power that you feel when rafting, but through the inspiring views that it offers.

Not that thrills are the only highlights in this holiday: take your time relaxing on Kotor’s sands, and gently snorkel around the bay: it’s incredibly therapeutic. Best of all, coming home to freshly-prepared hot meals made from local ingredients is a real treat, and the smiling warmth of your hosts Rino and Sanja – close friends of Activities Abroad – makes it all the more wonderful. 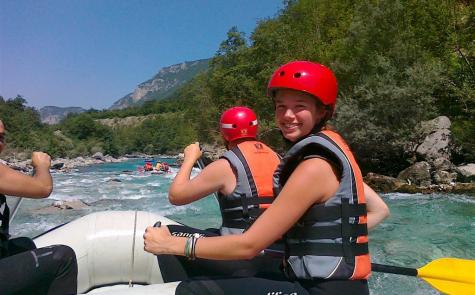