Day One: After arriving in Father Christmas’s airport (Rovaniemi) in April, oddly I instantly felt festive. 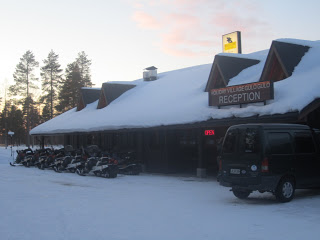 With reindeer Christmas decorations and a snow covered landscape; this could only be mistaken for Lapland.

The guide collected me from the airport and then drove me to Ranua Wildlife Park, which was situated around 1 hour away.  On route the scenery was stunning with brightly painted Scandinavian wooden houses covered in snow, never-ending forests, frozen lakes and clear blue skies. 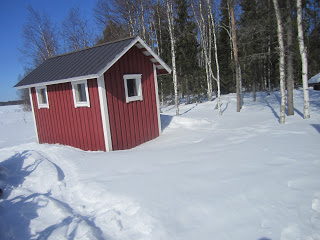 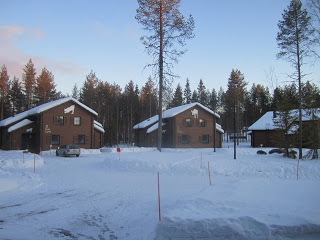 Upon arrival at Ranua Wildlife Park, I was greeted by a lovely lady named Roeni who was only too happy to answer my questions and present me with the keys to the apartment I was staying in. About a 5 minute walk away from the main building was the apartment. The apartment was open plan with three sleeping areas, a living room, bathroom equipped with sauna and a kitchen area.

The apartment would be great for families to enjoy.

After been equipped with all of the necessary cold weather clothing, I was taken on a tour of the wildlife park. Watching the polar bears been fed was definitely a highlight of the trip, getting up close to such beautiful animals was amazing.  The polar bears were much larger than I imaged, there was a mother and cub in one enclosure and a male in a separate section. 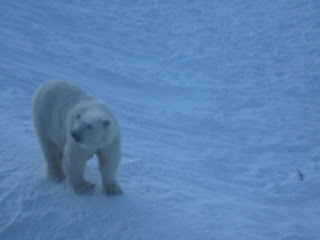 I was lucky enough to watch the brown bears do their tricks as they had woken up from hibernation early.  Lynx, wolverine, reindeer, wolves, arctic foxes, moose were some of the animals I was able to spot on my tour of the park. All of the animals were well kept and had large enclosures to roam around in. This wildlife park is certainly worth a visit and I would definitely go back. 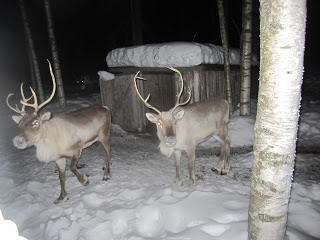 After the tour of the wildlife park, I enjoyed a feast of Finnish food all cooked in the Kota, which consisted of mushroom soup, fresh salmon and a Finnish delicacy – leipäjuusto with cloudberries. 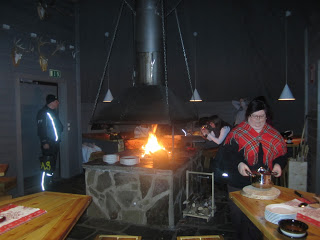 Day Two: Today I was taught how to drive a snowmobile, which I thought would be quite entertaining as my driving is not the best.  But it was quite easy to pick up and after a quick practise around the yard I was off.  There were six off us on snowmobiles and we followed the guide in convoy. 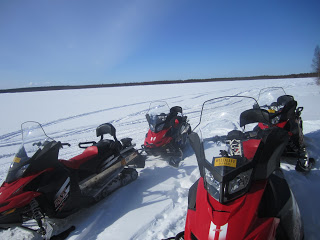 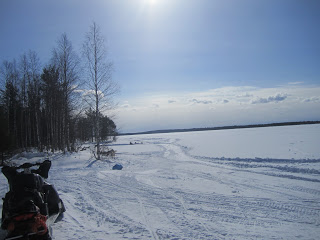 We snowmobiled through forests and frozen lakes until we reached the reindeer farm. 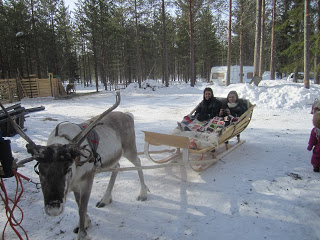 At the reindeer farm, we met the herder and his family who were only too happy to give us a tour. After the tour we enjoyed a ride on the reindeer pulled sleigh. The reindeer safari was great as it allowed us to see the other reindeers in the field.  It was everything I imaged Lapland to be like. 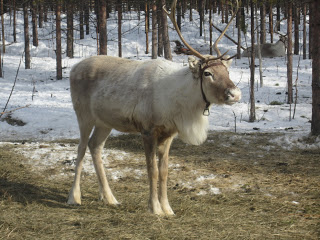 In the afternoon we snowmobiled to a frozen lake and here we enjoyed a husky safari. Six huskies pulled each sleigh and I was given instructions on how to control the dogs as they were all raring to go. The husky safari was an amazing experience watching the dogs pull the sleigh along was great fun. It was also interesting to hear about the huskies training and about other Finnish traditions. 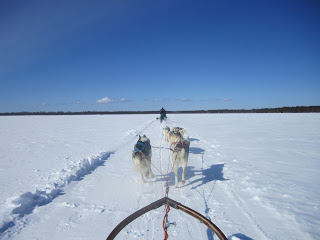 Next on the agenda was snowshoeing, the purpose of snowshoes is to allow you to walk more comfortably in deep snow. I walked through the forests and was able to see more of the beautiful environment I was in. We also gathered around a campfire where the guide told us tales of the region.

A trip to Lapland wouldn’t be complete without a taste of the local cuisine and on tonight menu was reindeer. Reindeer meat is really tasty and has a flavour that is similar to beef.

Day Three: On my final day I was taken to Rovaniemi to take a look around the city. It was a pretty place with large frozen rivers with locals skiing and snow covered churches and building which also looked charming. 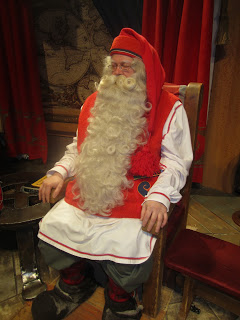 After spending an hour in the city, it was time to head to Santa Village which was located about a 10 minute drive outside of the city. Here I got to meet Santa and his elves, it was a magical experience. Santa was really friendly asking lots of questions.  The village itself had lots of cafes and gift shops to take souvenirs away.

On the whole, I had a great time at Ranua Wildlife Park and believe it would make the perfect setting for a winter family holiday!

« An insider’s guide to Croatia Family activity trip to Gozo - May Half Term »
SHARE THIS: